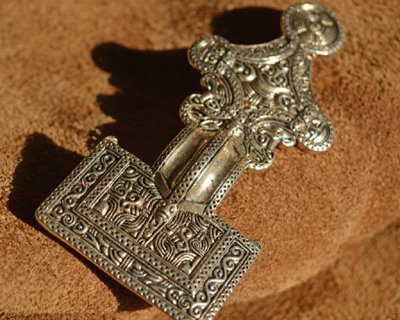 Our Germanic fibulae are based on originals from the 3rd to the 8th century excavated in Western Europe. These fibulae have often been found in tombs and wells where they were hidden when people had to flee from an invasion. They are works of art that show the cultural richness of the Germanic, Anglo-Saxon and Merovingian peoples. Many of these brooches and fibulae are inlaid with red enamel in cloisonné. A well-known type of pin is the bow fibula: a fibula with ends and an arc shape.