Roman shoes and sandals for sale! Shop for Roman footwear 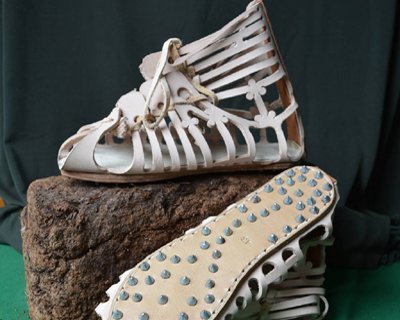 We sell Roman Shoes for Reenactment, Living History and LARP Shoes. We have Roman shoes worn by civilians and soldiers. Our Roman shoes are based on archaeological finds.

Roman legionaries wore sandals: caligae. In ancient Roman times, sandals were worn all over southern Europe. Few complete caligae have been excavated, but the leather fragments show what they would have looked like. The soles of Roman sandals are covered with shoe nails to prevent slipping on muddy terrain. Roman auxiliae mainly wore boots, these were developed from Germanic shoes and more useful for cavalry activities.