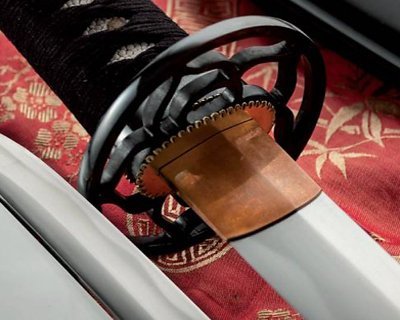 The tanto, a Japanese sword

The tanto is a Japanese short sword. It is used as a knife. This weapon was originally primarily intended as a stabbing weapon but can also be used as a cutting weapon. The first sources on the tanto date back to 900 AD. The tanto was used by the samurai in the feudal Japanese society. The tanto was worn exclusively by the aristocratic classes. Women sometimes carried a kind of small tanto, the kaiken, as a defense weapon. The samurai often wore the tanto, tachi combination on the battlefield. This was before the wakizashi and katana combination became popular.

The most beautiful Japanese sword sets of modern brands such as Hanwei, Cold Steel, Citadel and John Lee often consist of a tanto, wakizashi and katana combination. This combination is most closely associated with the Japanese Empire. Kanzan Satō wrote in his book that as the katana became more popular, the katana, wakizashi combination became more and more preferred. This was mainly because the wakizashi was better to use within buildings. He mentions that it was customary to leave the katana at the door when entering a castle or building. However, the wakizashi were still carried.