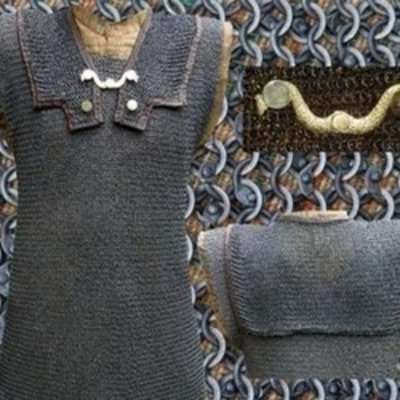 Lorica Hamata as part of the Roman armor

Hauberks are a Celtic or Gallic invention that was popular among the Roman legions. The lorica hamata was a revolutionary invention in the field of body protection. It was the best type of Roman chainmail ever made. Legionaries wore the lorica hamata during the Gallic Wars of Julius Caesar and during the reign of Emperor Augustus. Later on, the Lorica Hamata continued to be used by the Roman auxiliae troops, who often were of Gaul or Germanic descent.

Originally, the lorica hamata was made of flat or round chainmail rings with round rivets. Especially for LARP events, festivals and cosplay, we also sell butted lorica hamatae that are considerably cheaper in price.