Roman pugio and Roman dagger replicas by Deepeeka and Windlass 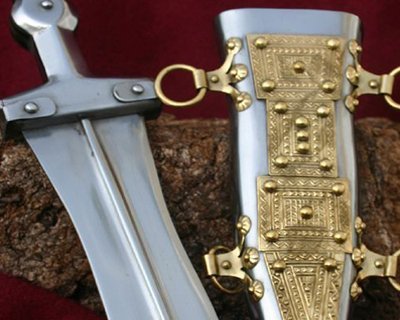 Unlike a Roman helmet, gladius, scutum and armor parts, the pugio was not mass-produced. Many legionaries bought the pugio from local craftsmen. Roman, Celtic and Germanic craftsmen liked to settle near Roman army bases because these were large customers. They made everything from pottery to furniture, including these decorative daggers. The pugio was mainly an ornamental weapon and was not often used in the war.