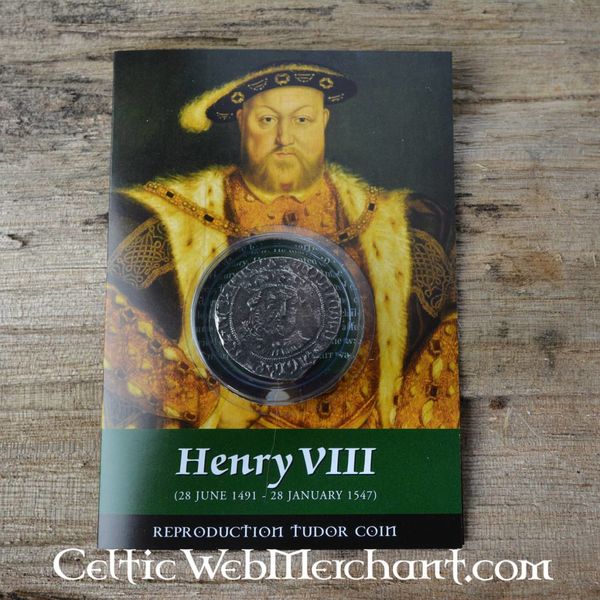 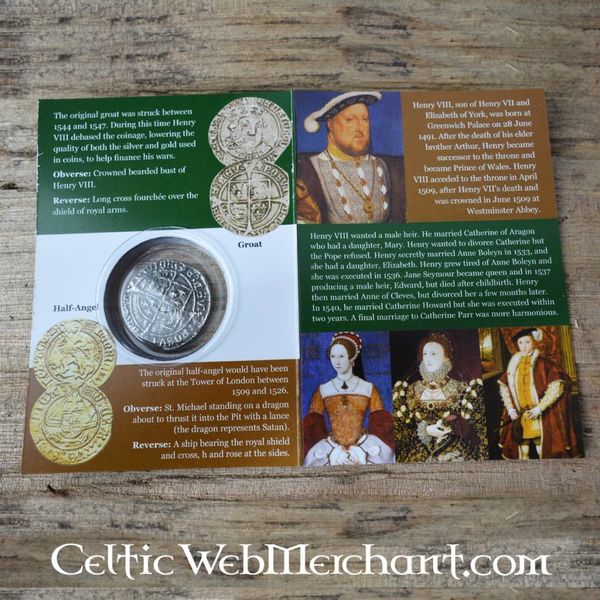 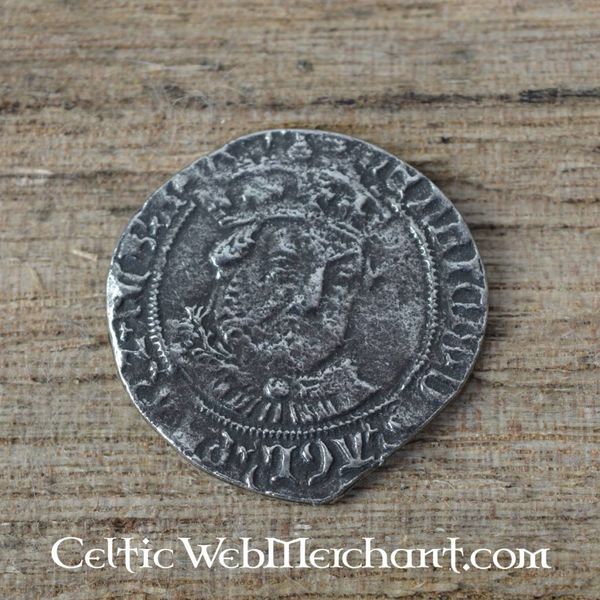 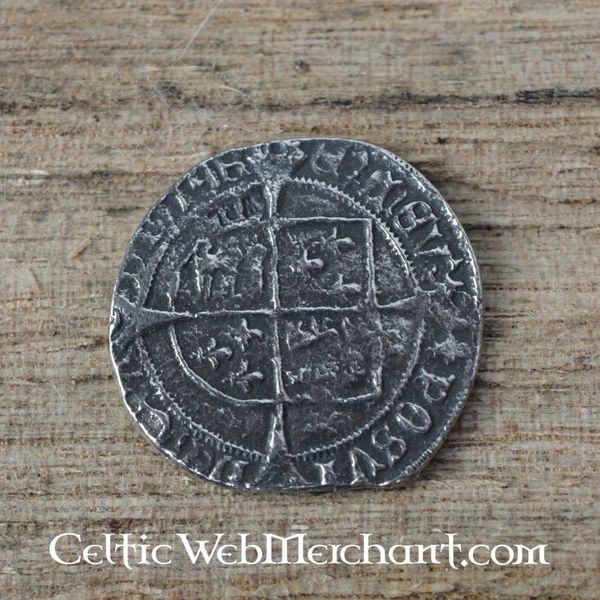 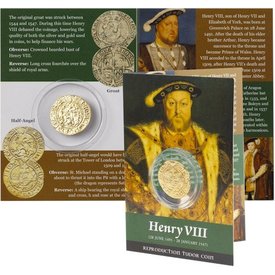 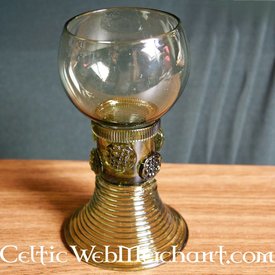 This coin is a replica of originals that were minted during the reign of king Henry VIII of England.

Henry VIII of England is the most feared king from the Tudor dynasty. He reigned from 1509-1547. Henry is known as the prototype of the self-aware Renaissance royal. He was intelligent and interested in art and science. However, he was also regarded as a loveless, selfish and cruel man. Competitors, wives or servants who stood in his way were killed without mercy. Henry was feared for his love troubles: he had six wives, of whom two were beheaded.

This coin is made of leadless pewter.

This coin is delivered in a wallet size card. This card contains more historical information, information on what is depicted on the coin and which goods could be bought with it. 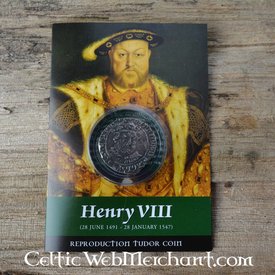