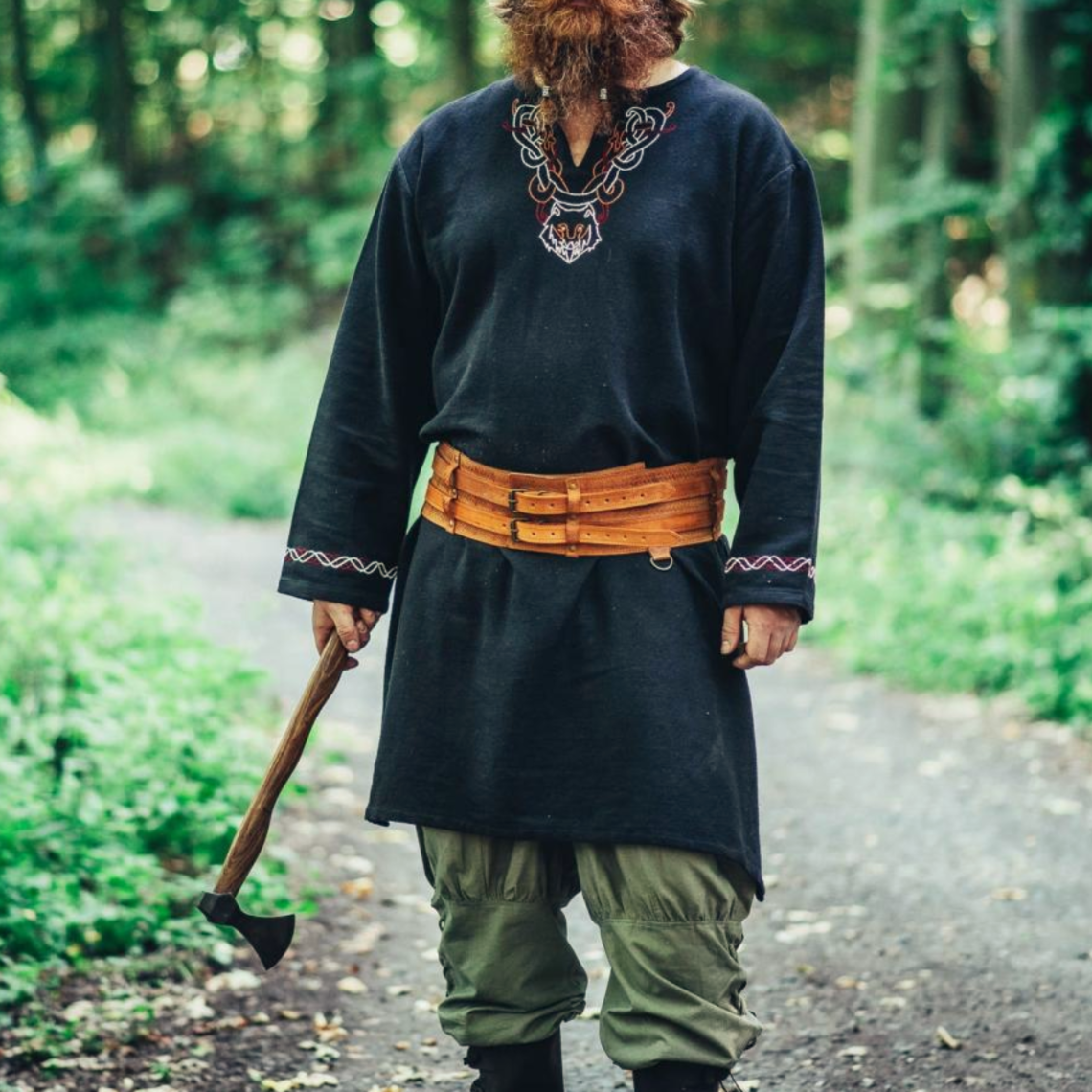 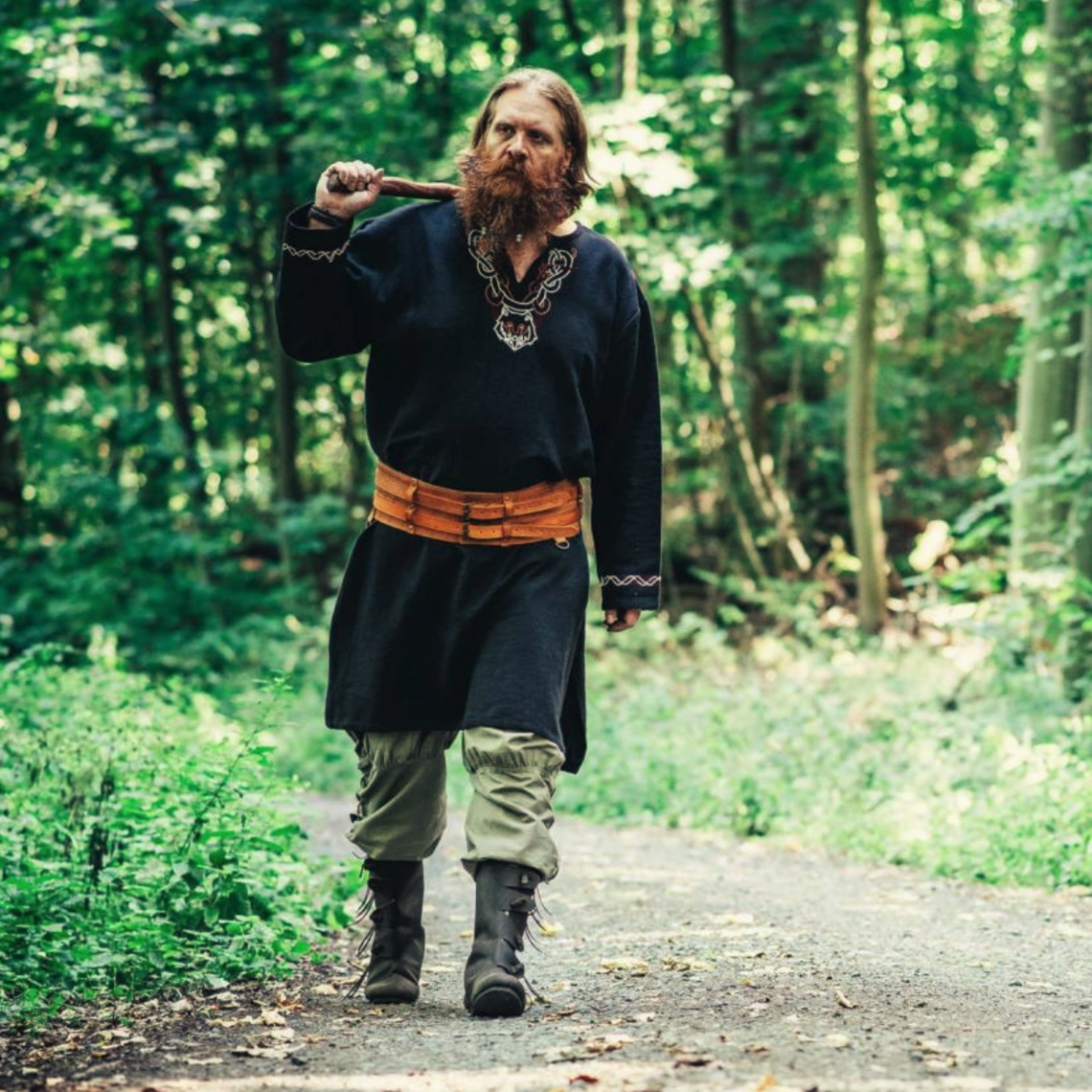 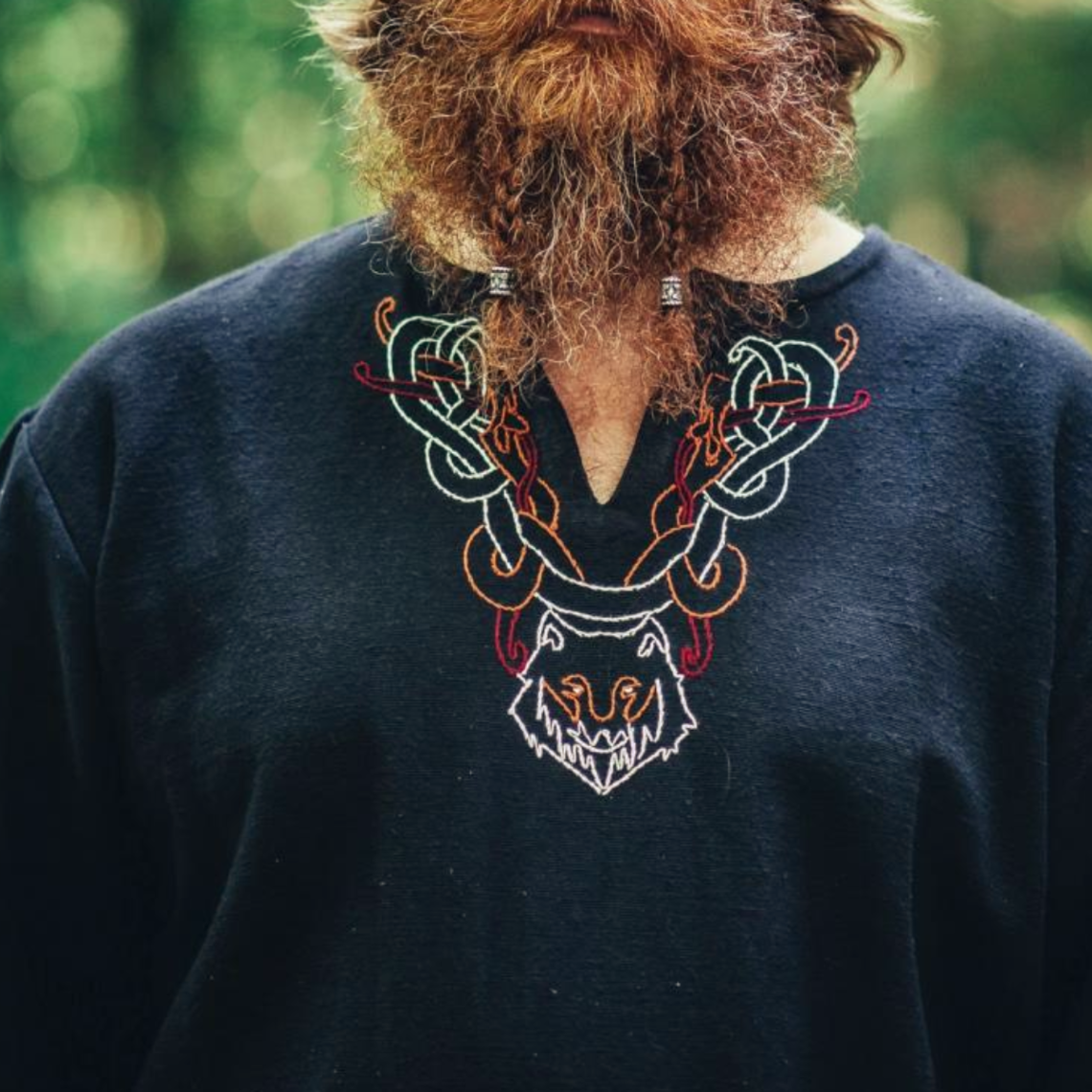 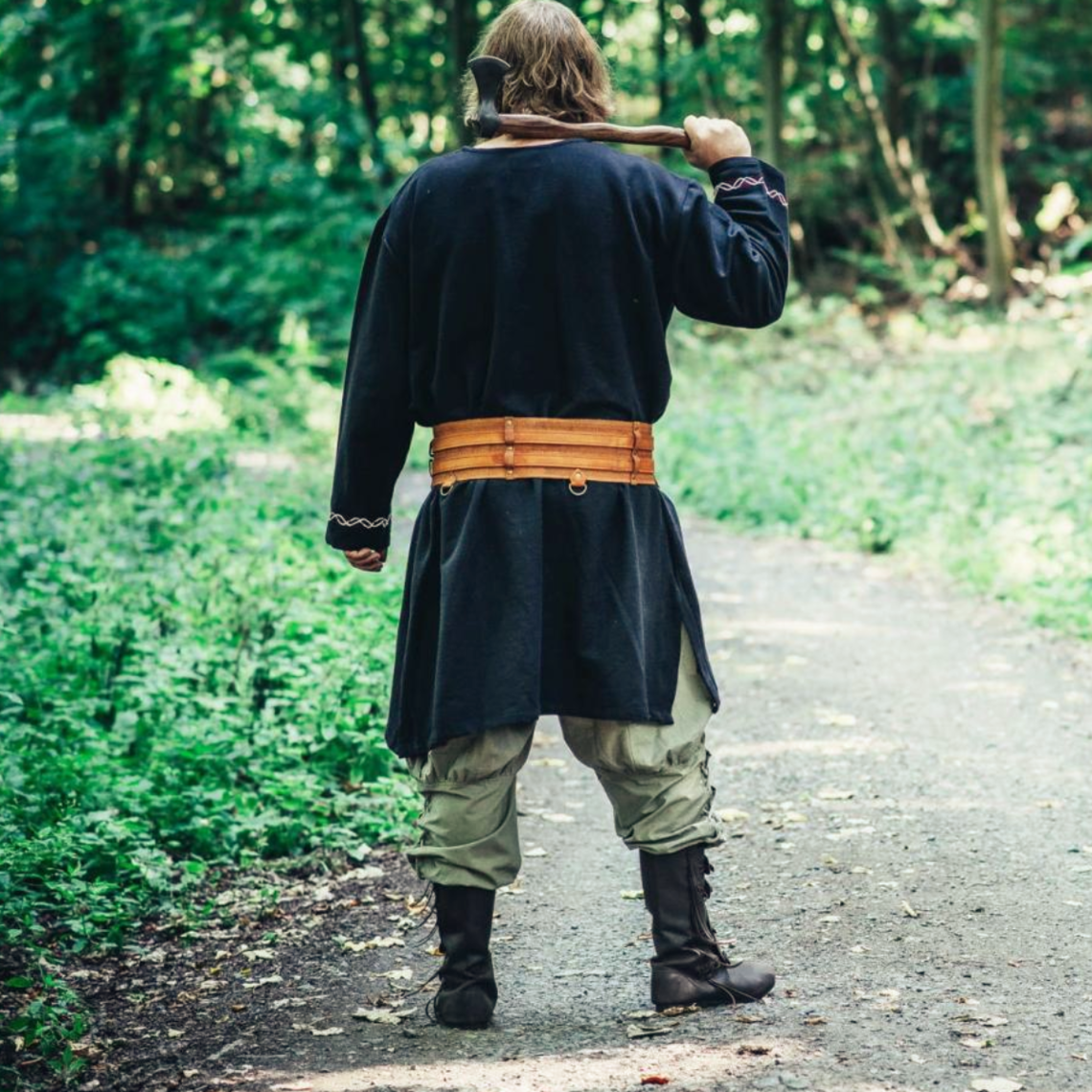 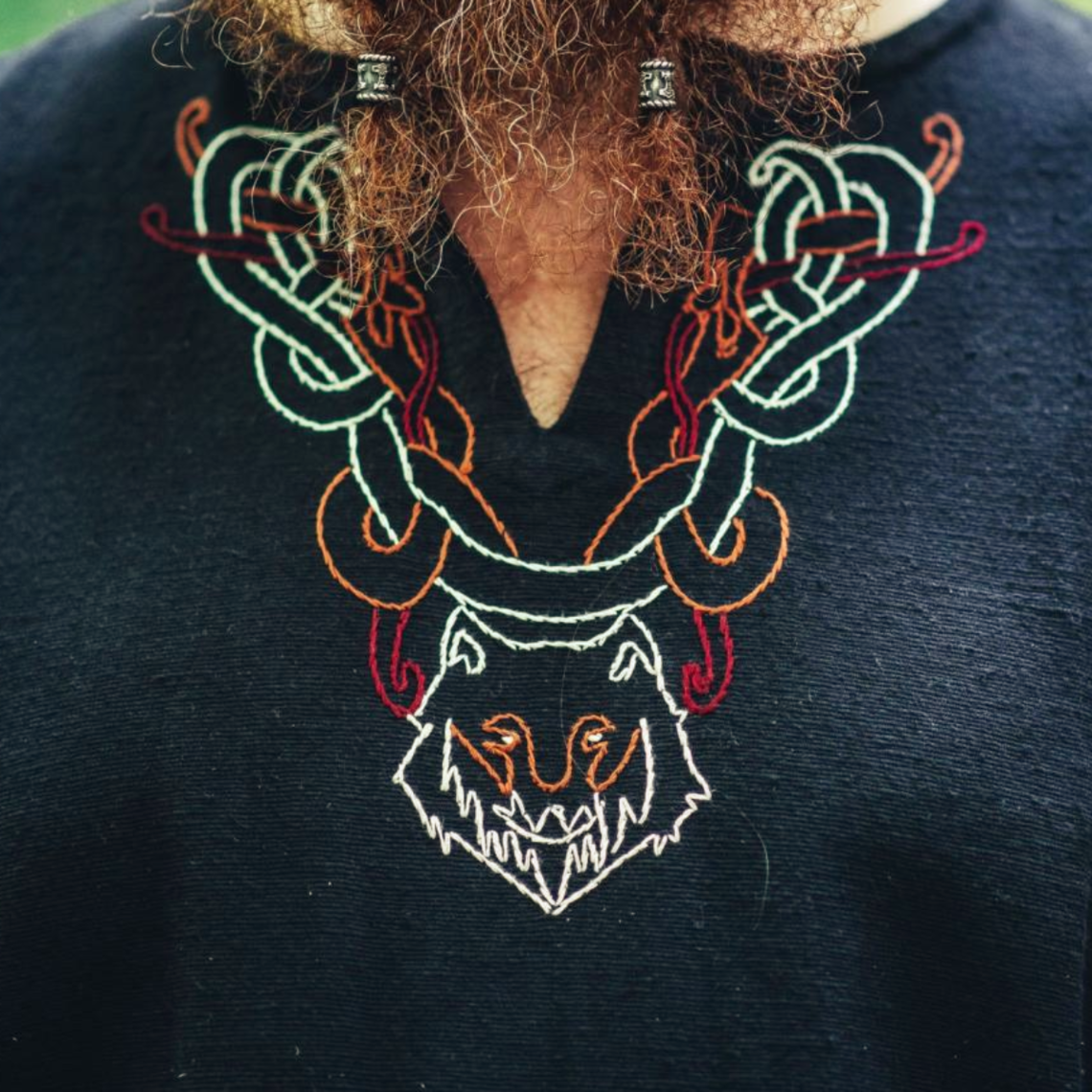 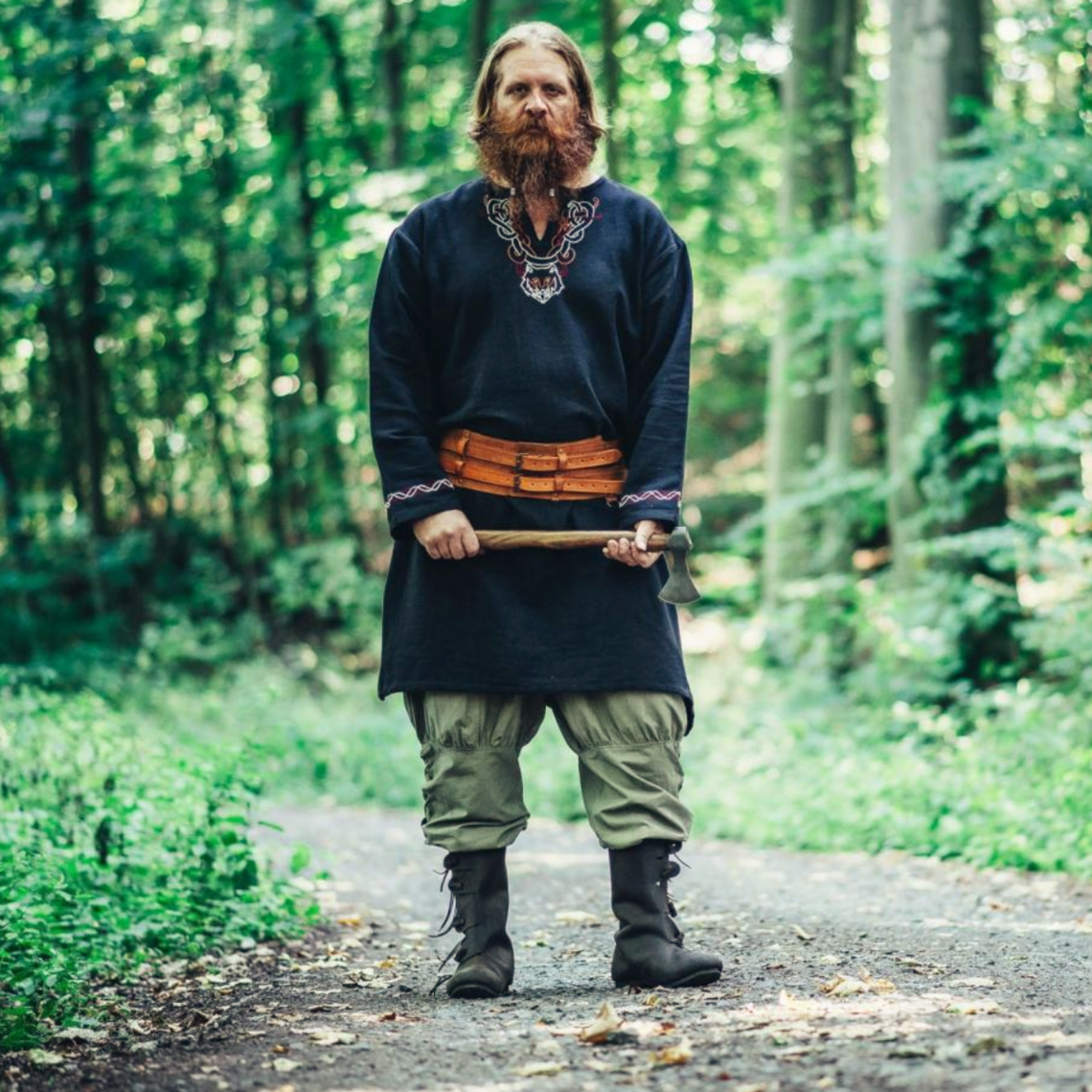 This tunic is perfect for early medieval re-enactment, LARP and Cosplay. It reaches just above the knees and is decorated with beautiful embroidery. The sleeves have a symmetrical pattern consisting of two winding red lines and two winding white lines. This embroidery forms an esthetic contrast with the fabric of the tunic and the embroidery at the neckline. This embroidery shows a wolf in the centre with an early medieval knot motif on both sides in white, orange and red. In Old Norse mythology, the wolf Fenrir was a son of Loki, the Viking god of deception. Fenrir grew up to be a cunning and very strong wolf, a great danger to the gods. For this reason they chained Fenrir with Gleipnir: a fine chain from which Fenrir could not break free until the arrival of Ragnarok. In both Viking and Germanic art, wolves were depicted in battle scenes, just like ravens and eagles. The wolf stood for murder, manslaughter, and cunning. Dangerous men were described as wolves, berserkers were also associated with wolves. The decoration of this tunic fits well with the re-enacting of a Viking warrior on the battlefield. 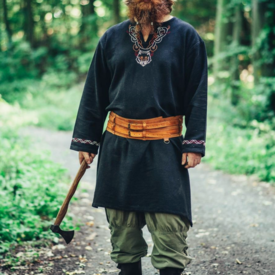