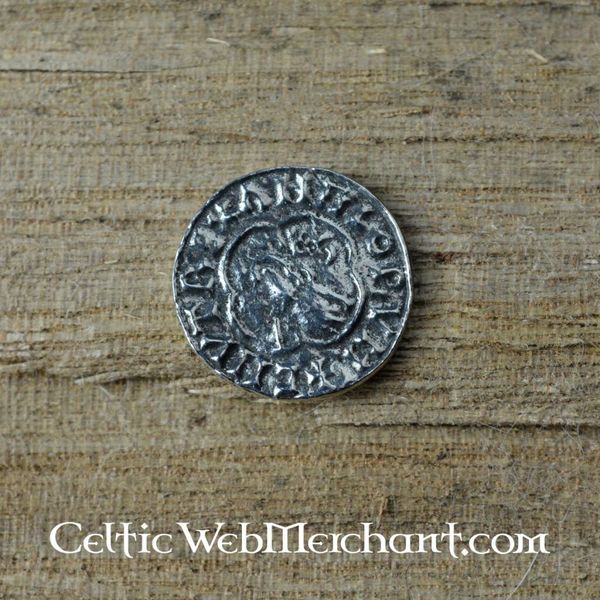 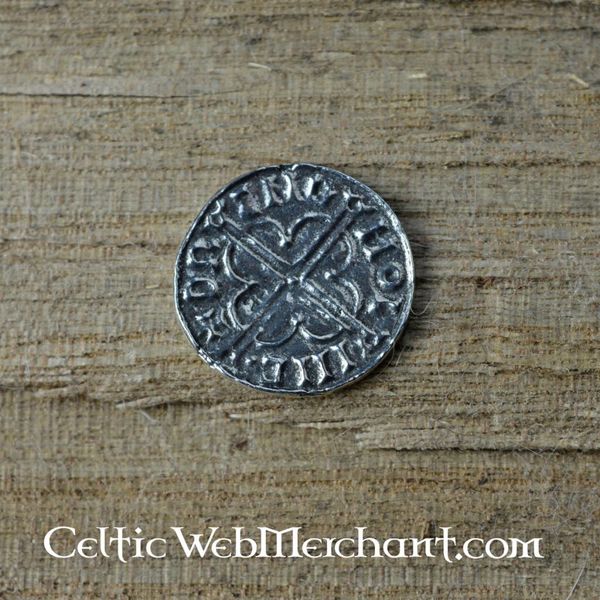 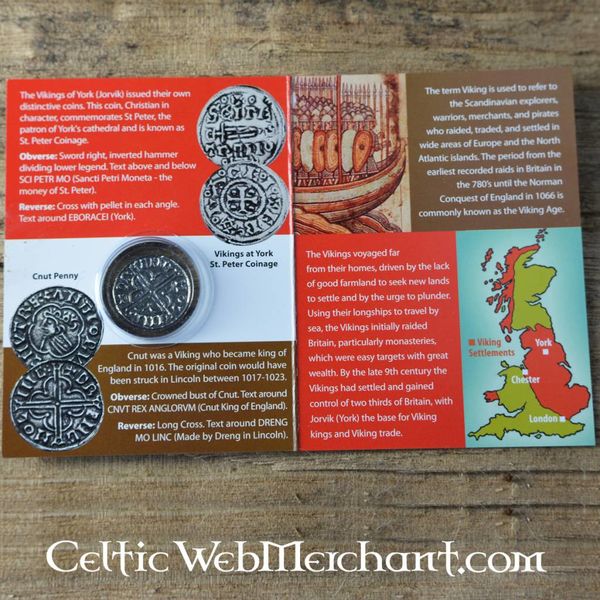 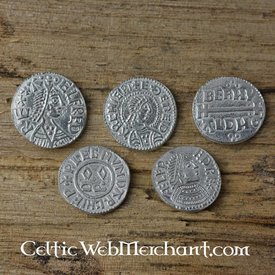 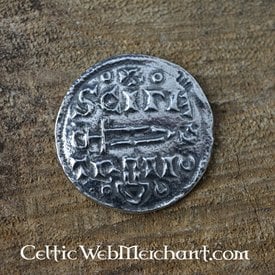 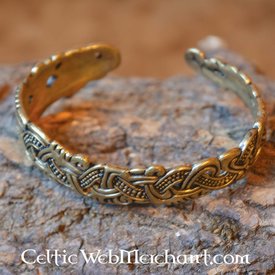 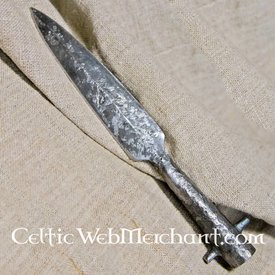 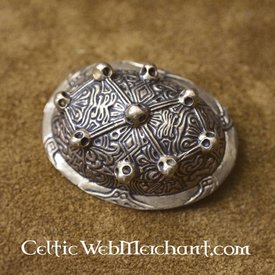 The Vikings of the Danelaw minted their own coins. This coin is made in York (Jorvik). Coins like this were minted during the reign of Knut, king of the Danes, Nores and Danelaw in England.

Like many other rulers, Viking king Knut minted coins with his depiction. The coin has the inscription CNVT REX ANGLORVM (Knut king of England). The death of Knut in 1035 and the death of his predecessors mark the end of Viking rule over England. Short after this period, in 1066, the Vikings would again try to win back their hold over England. This time by going to battle against the Anglo-Saxons with William the Conqueror.
_x000D_

This coin is delivered in a wallet size card. This card contains more information on the historical information of the coin, its contents and which goods could be purchased with the coin. 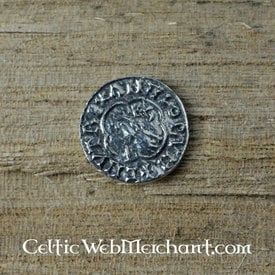