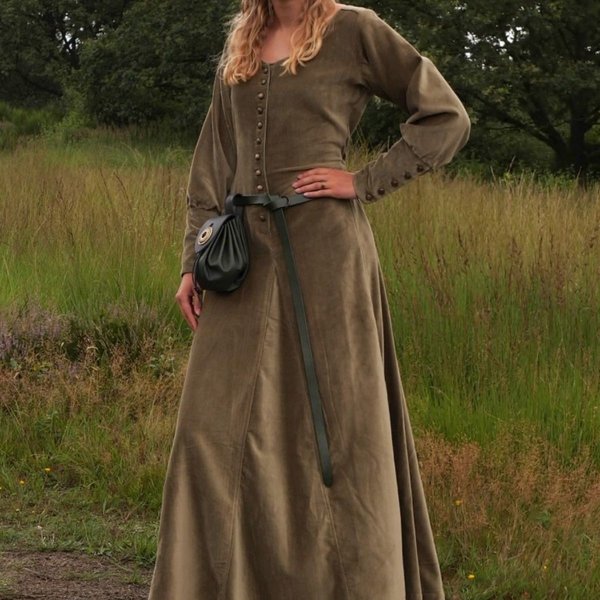 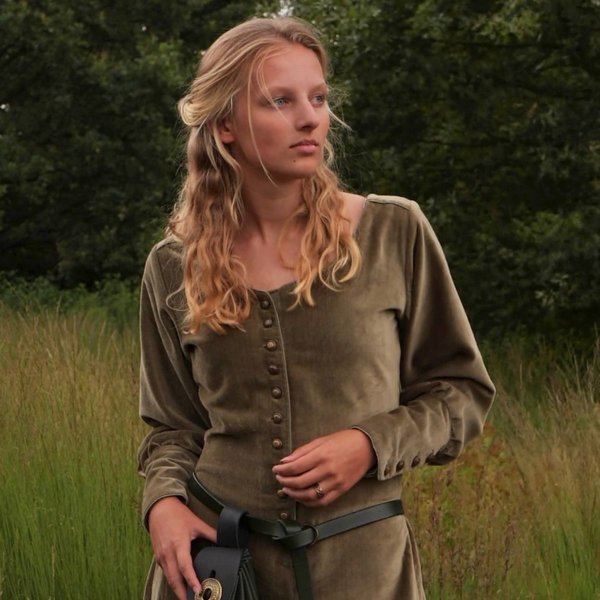 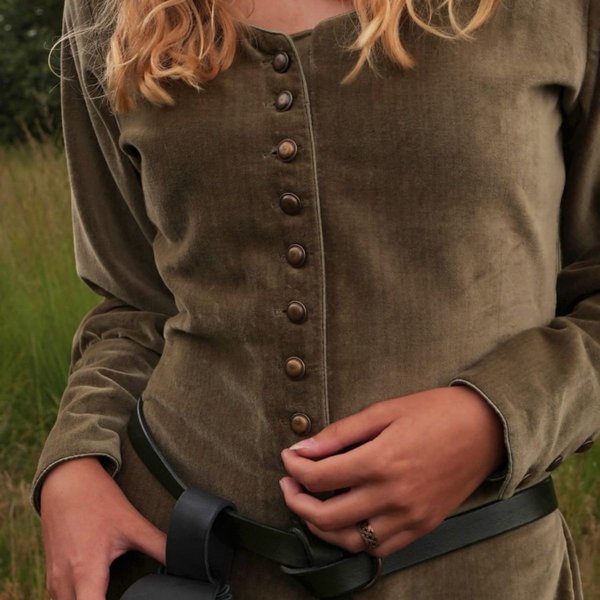 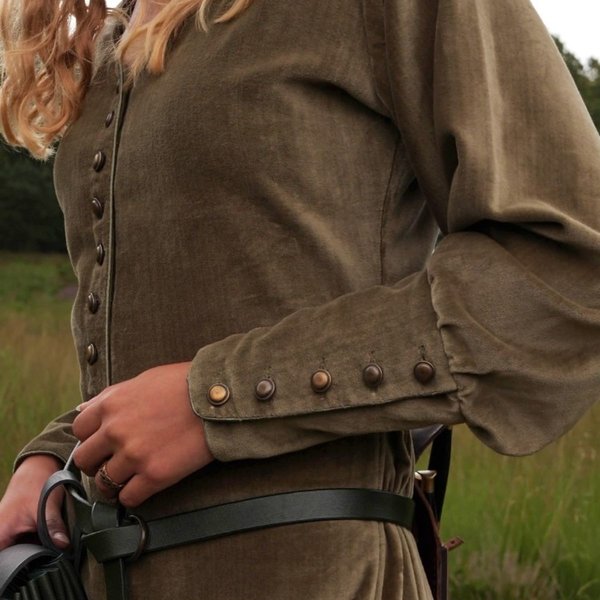 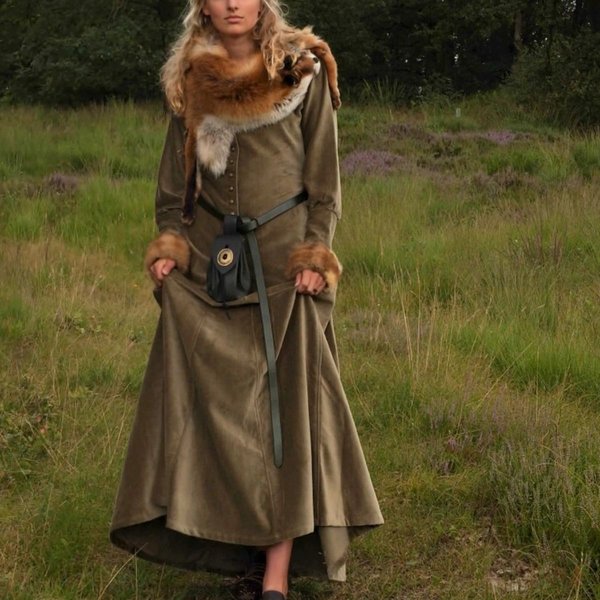 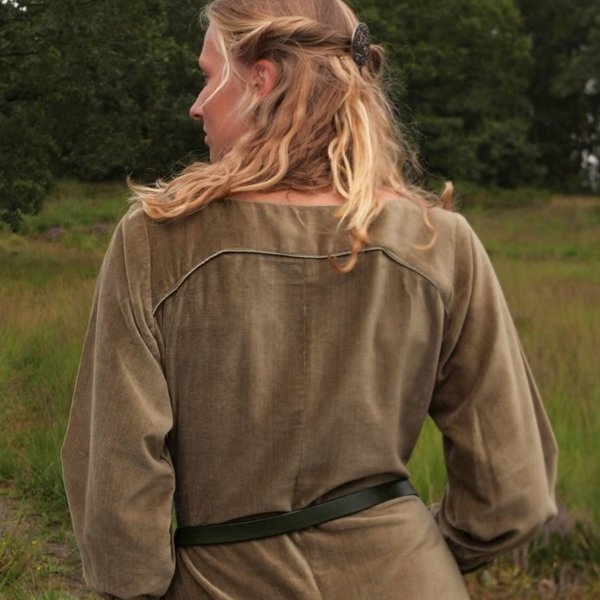 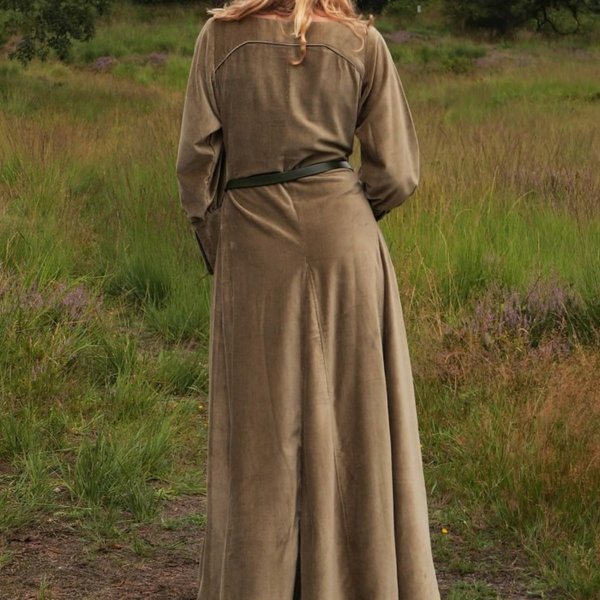 This dress is based on originals from around the 13th-15th century. Dresses from this period are depicted in large numbers in medieval illuminated manuscripts such as the Tres Riches Heures du Duc de Berry. This type of dress is also called cotehardie. Typical for the cotehardie is that it increasingly shows the female shapes, in contrast to the rather shapeless dresses in the previous centuries. The cotehardie emphasizes the waist and bust because of the laces and buttons on the front, which allowed ladies to wear their dresses tighter. The neckline was also cut deeper and deeper. The cotehardie was often combined with a slip dress, a belt and a bonnet.

This beautiful cotehardie is made of velveteen and has a very luxurious appearance, suitable for re-enactment and LARP of noble and wealthy historical figures and characters. Velvet emerged in Europe during the 14th century and was woven mainly in Italy. For the medieval Burgundians, velvet garments symbolized prosperity and prestige and were highly fashionable. 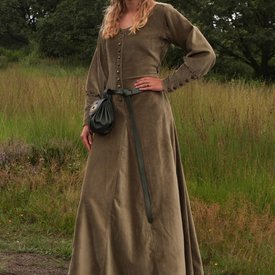