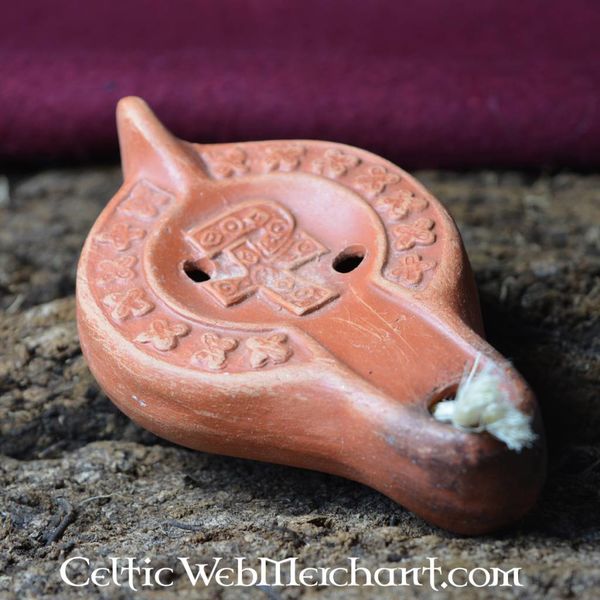 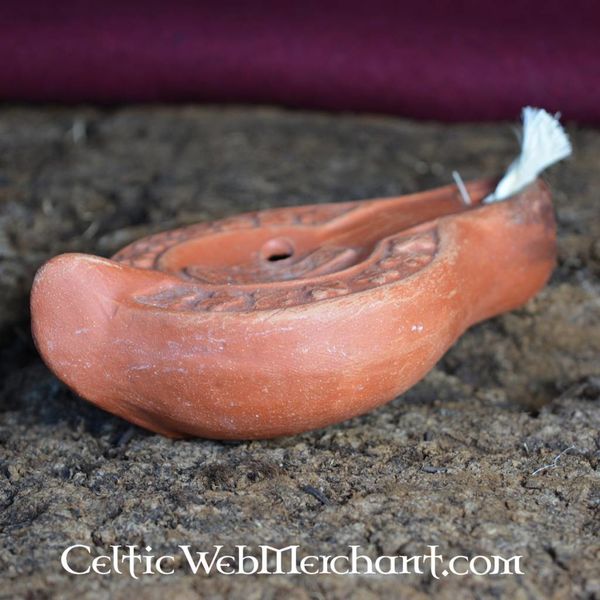 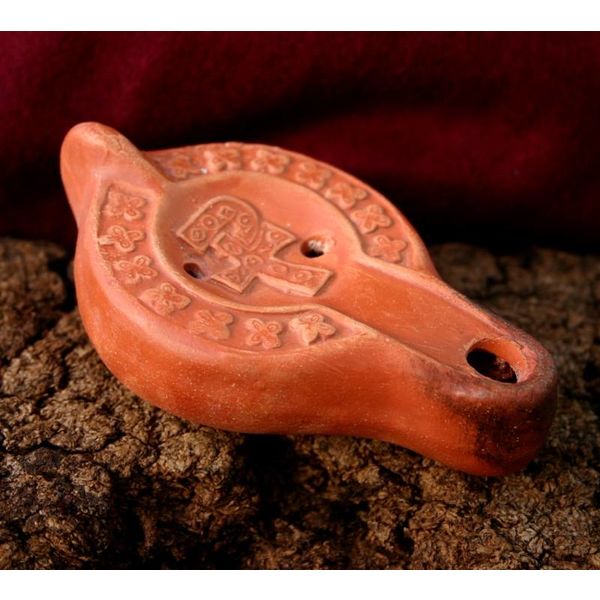 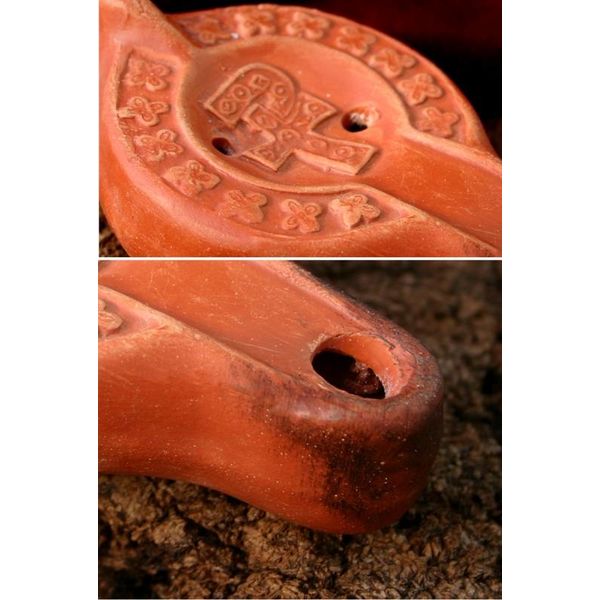 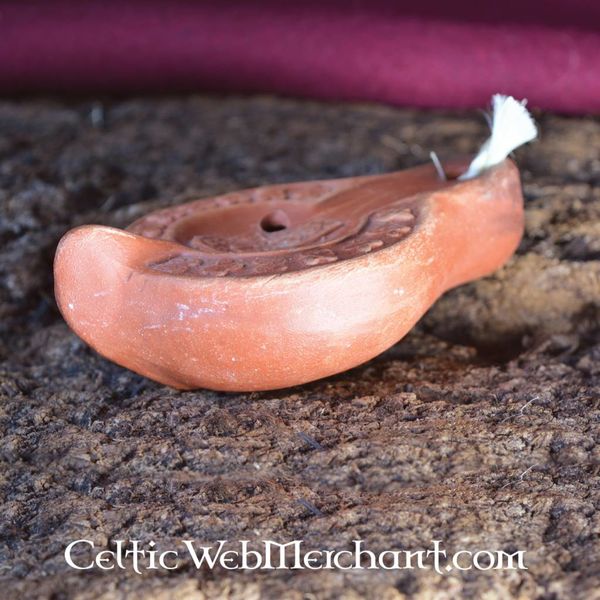 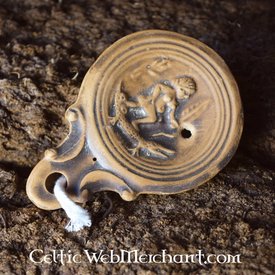 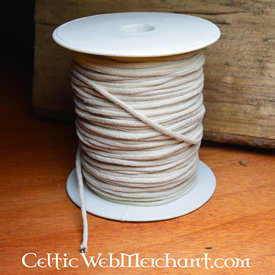 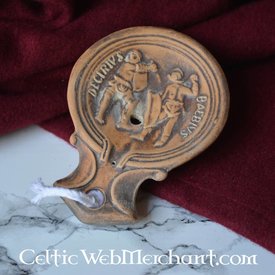 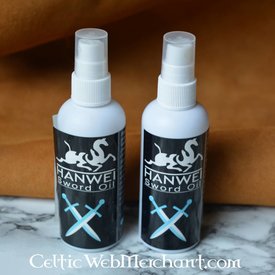 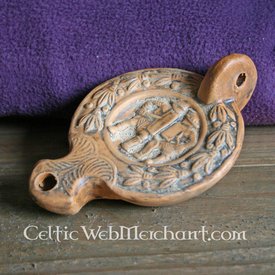 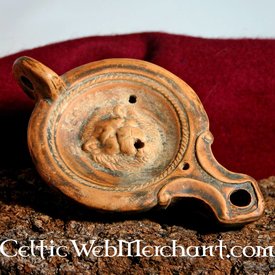 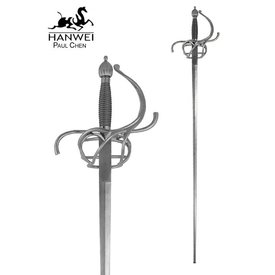 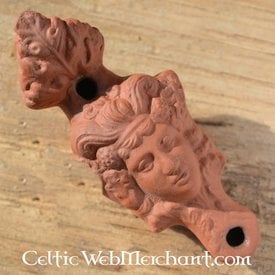 This oil lamp is a replica of an original from the second half of the 3rd century AD. Around this time, many oil lamps were produced in the African provinces of the Roman empire. This oil lamp is a sign of an emerging new religion, Christianity. It is decorated with a Chi-Rho cross. The original was found in Northern Italy, but similar lamps were used throughout the whole Roman empire.

Olive oil was originally used for fuel, but of course this oil lamp can also be burned with modern lamp oil. This oil lamp is fully hand made with two different moulds. It is afterwards baked on a temperature of 1200 °C. It is made from red clay, terra sigillata, and is 11 x 8 cm large. Delivery including wick. 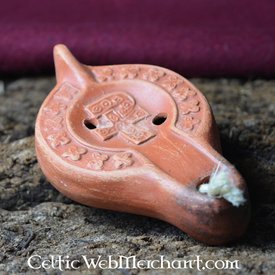