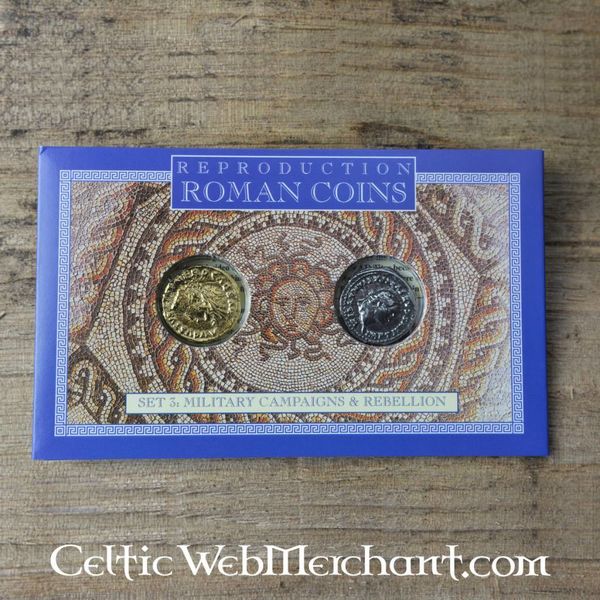 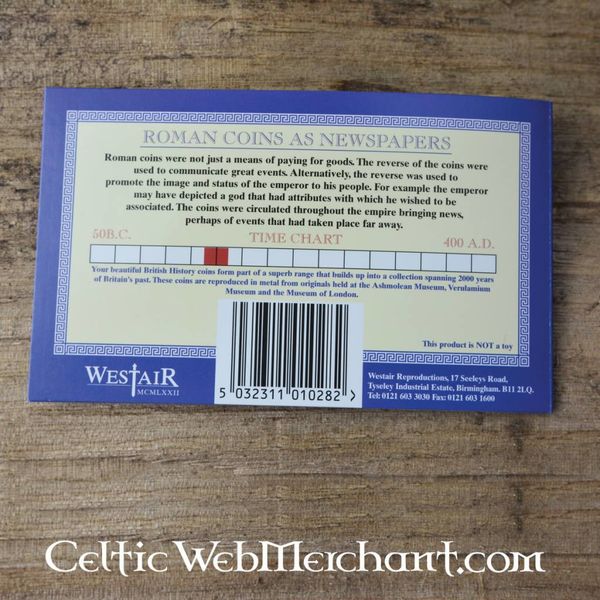 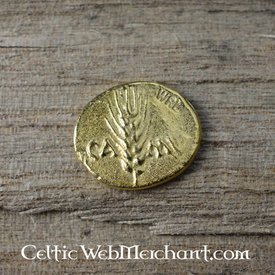 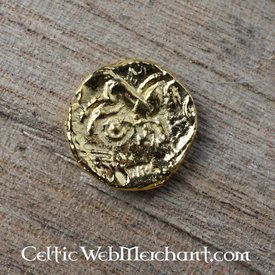 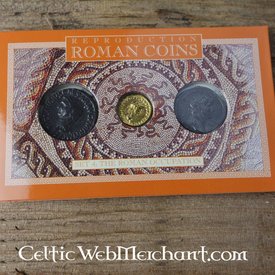 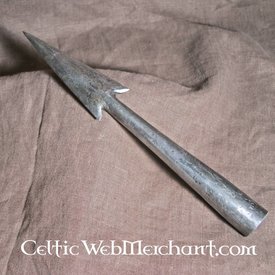 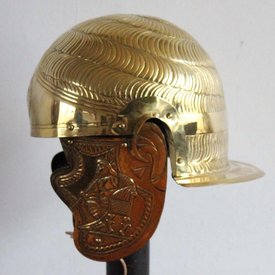 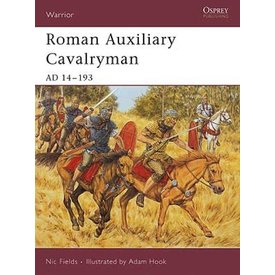 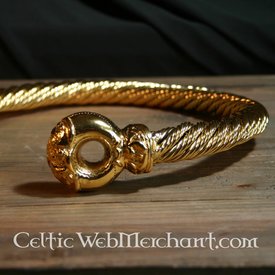 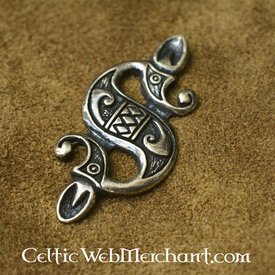 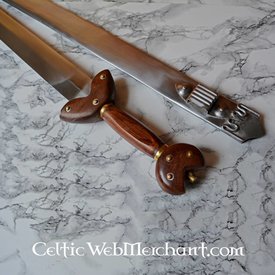 This coin pack contains a denarius of Emperor Titus minted around 79-81AD and an aureus of emperor Nero, minted around 54-68 AD. Both coins were minted during an era that Romans in Britain compaigned against the Celtic tribes.

During the reign of Emperor Nero, Boudicca, Queen of the Iceni, revolted against the Roman regime. She led an army that, according to Roman sources, consisted of 100.000 warriors. Their most feared weapon was the chariot, with which warriors just rode into enemies and they could easily move accross the battlefield.

This coin is delivered in a wallet size card. This card contains more information on the historical information of the coin, its contents and which goods could be purchased with the coin. 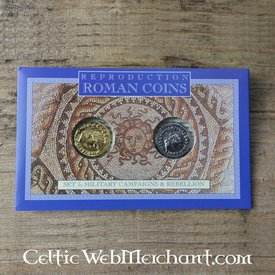