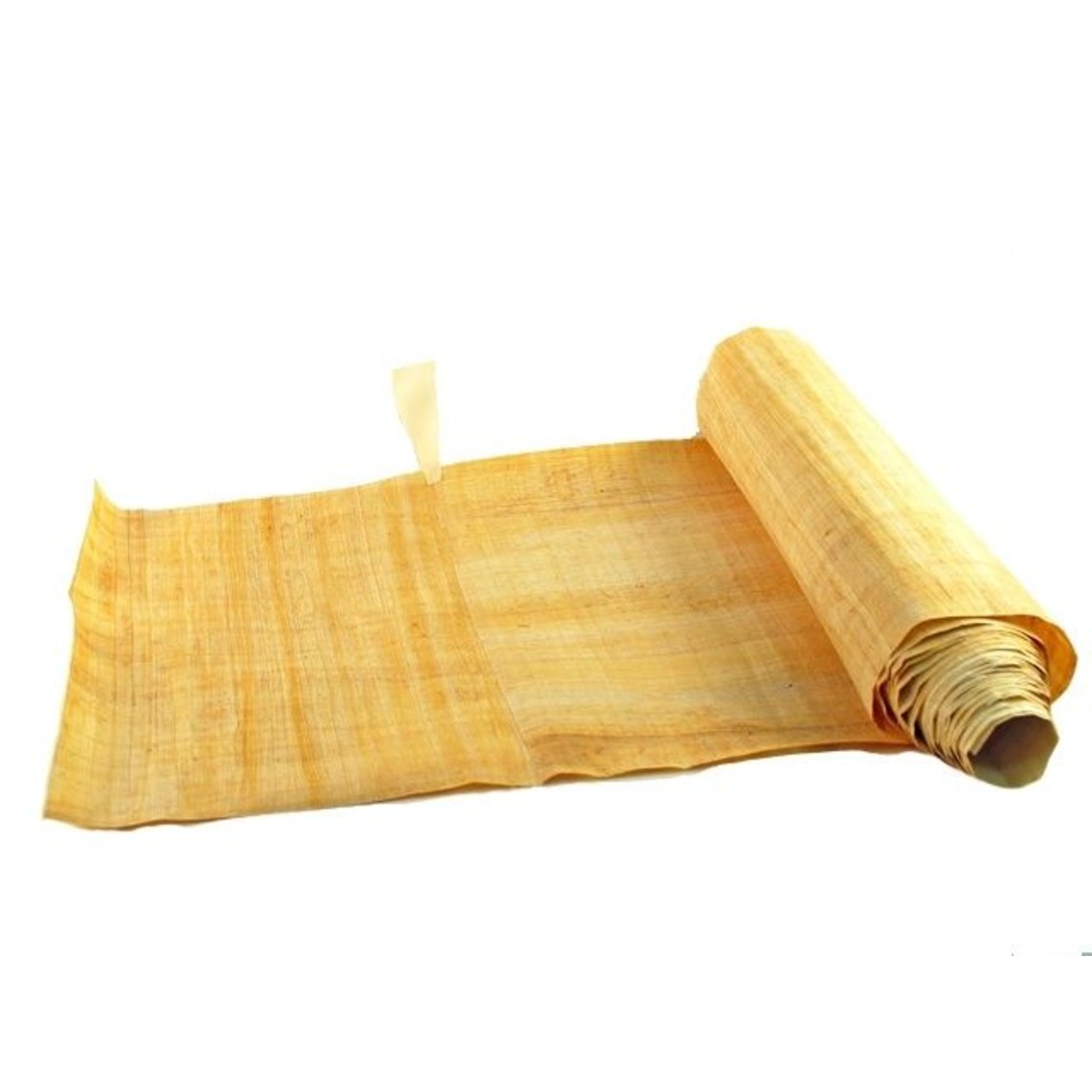 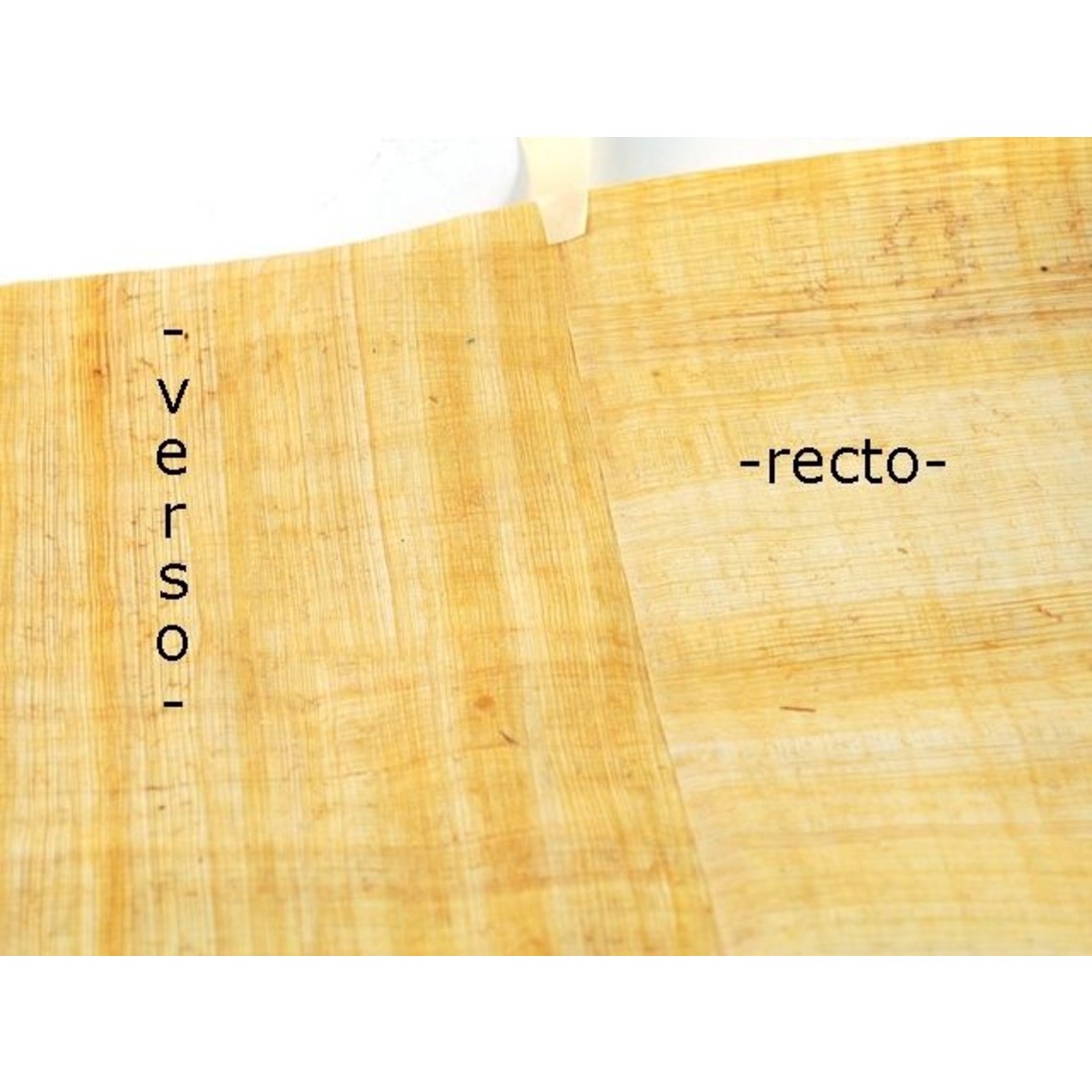 The process of making papyrus is complex and consists of ten different steps. Papyrus was, besides wheat, the most important export product of ancient Egypt.

This papyrus scroll is made of the Cyperaceae from the Nile delta. It is traditionally handmade. The scroll measures 400 x 30 cm. It is delivered excluding a wooden scroll. 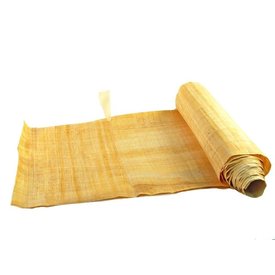