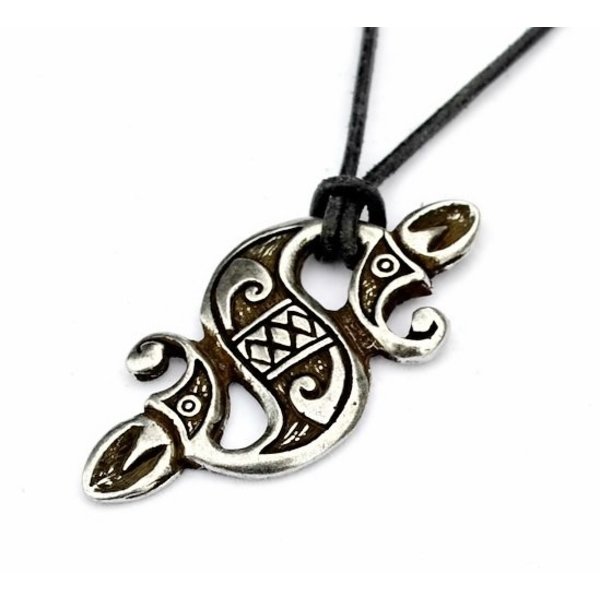 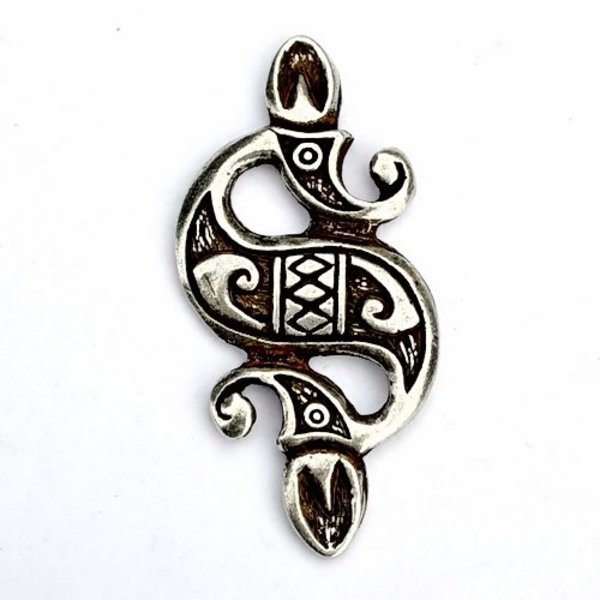 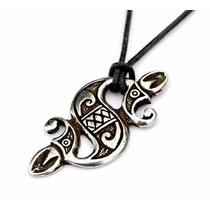 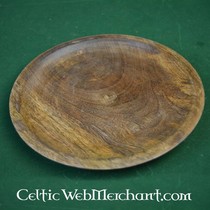 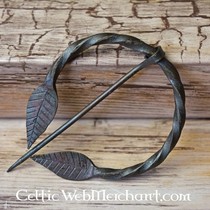 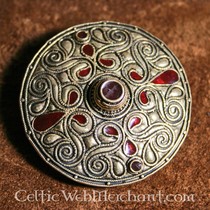 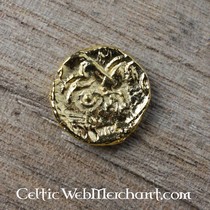 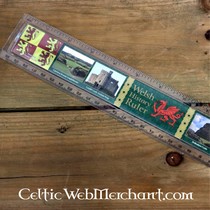 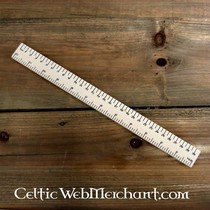 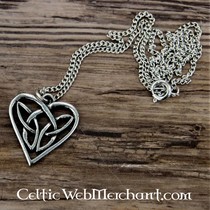 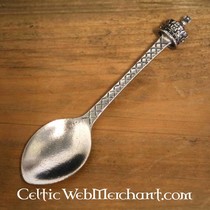 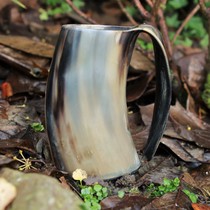 This jewel is a replica of a 1st century Roman fibula worn by the Gaulish legionaries. It is excavated in South England. Nowadays it is part of the collection of the British Museum, London. This jewel was used by the Romans (presumably the Roman legionaries from Gaul). This fibula is clearly made in the CeltiC La Tène art style. Similar originals have have excavated in Gaul and were worn by the Gaulish. So this motive was originally Gaulish and was later on taken over by the Romans. This pendant is shaped like a styled sea horse. The shapes of this jewel often occur in Celtic pottery and engravings from the Middle La Tène period. 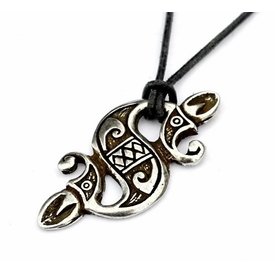