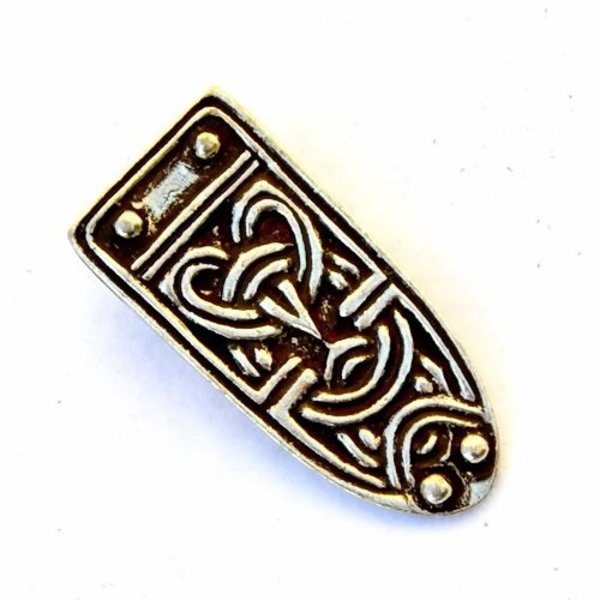 This belt end is based on an original find from Anglo-Saxon England. It is decorated with a filigrane knotwork motive and is 4,4 x 2,0 cm large. It is suitable for belts of 2,0 cm wide. The Anglo-Saxon art is influenced by Viking art. The Vikings settled in the north of Anglo-Saxon England from the later ninth to early tenth centuries. They married Anglo-Saxons and created a hybridized culture. A mix of the two art styles is called Anglo-Scandinavian. 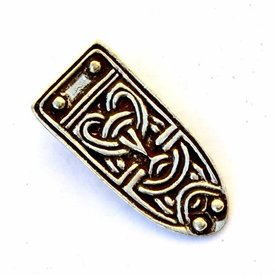