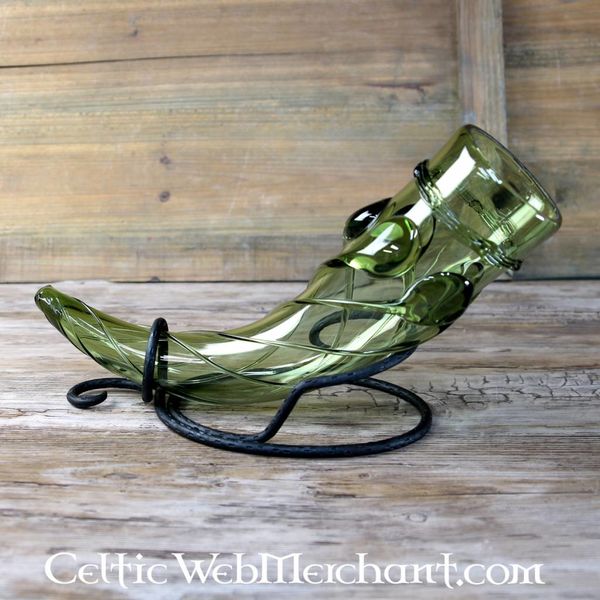 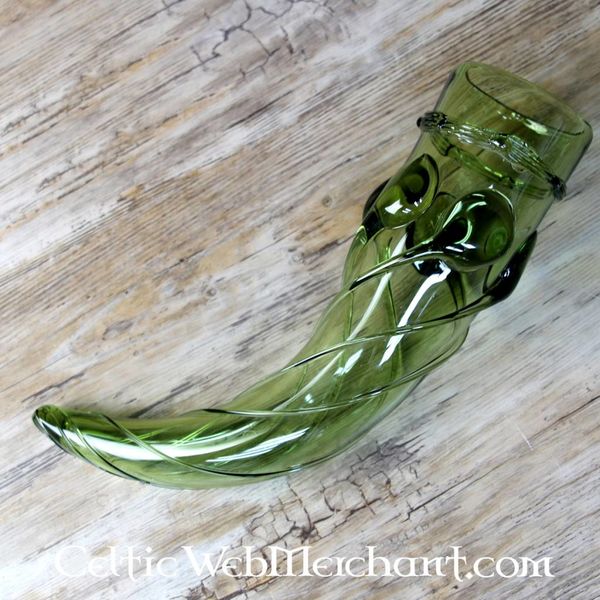 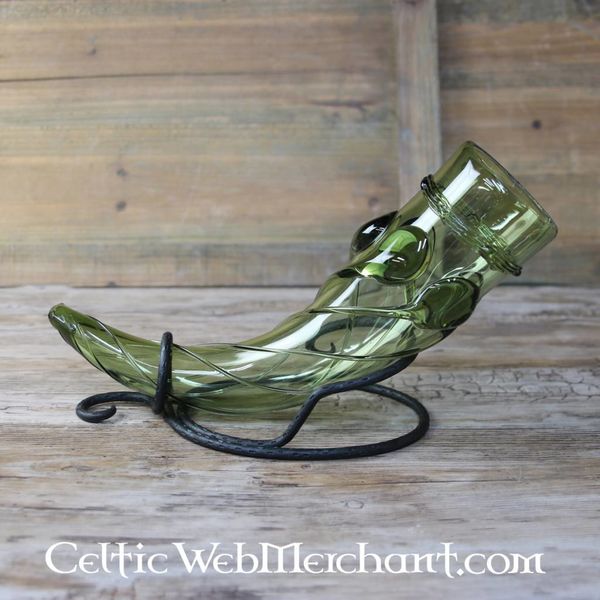 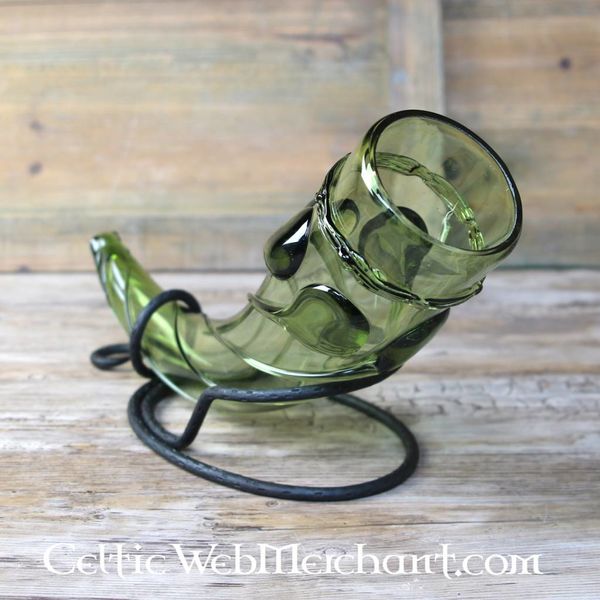 This drinking horn is entirely handmade from green glass, just like the original.

This article is made in a limited edition. As a result, sizes may deviate and the article has not been checked by a recognized body for suitability for preparing food. 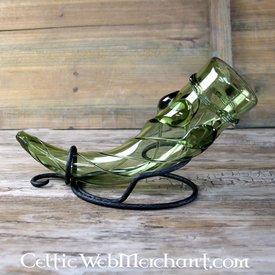