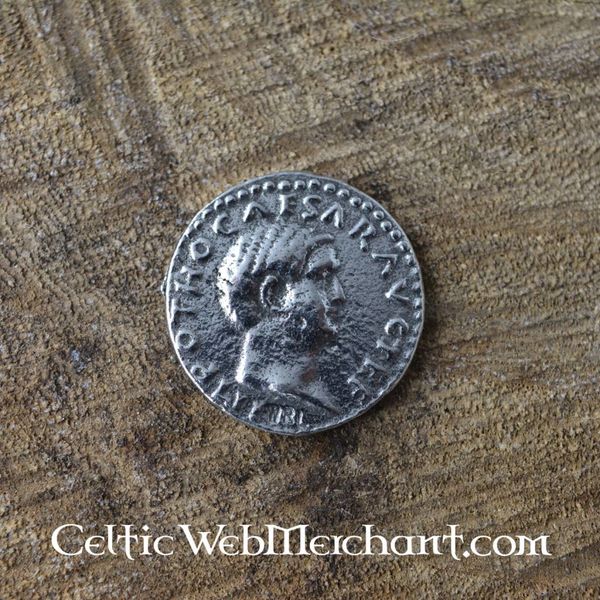 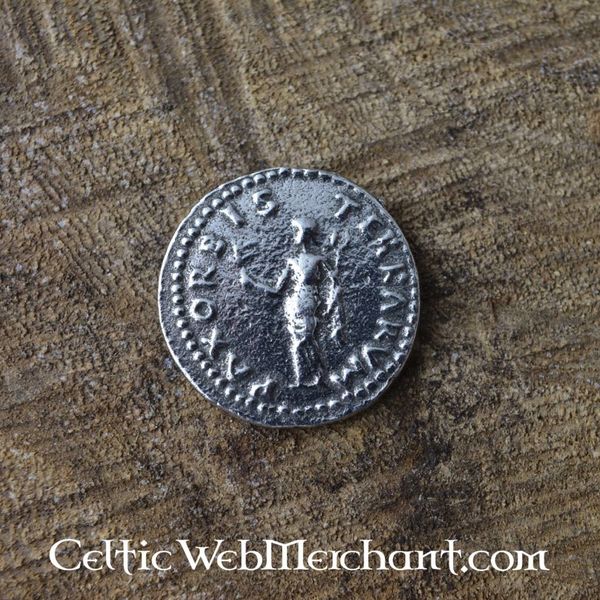 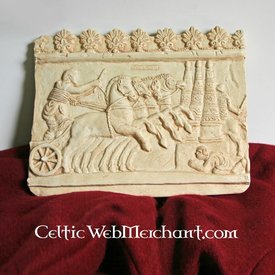 This denarius is a replica based on originals. It was minted during the reign of Emperor Otho.

Marcus Salvius Otho was the first emperor to come to power by killing his predecessor (Nero) in public. During his reign the emperor tried to destroy all traces of Nero. Otho was emperor in 69AD. During the 50s, Otho was Nero's friend and he bragged about his wife Poppaea Sabina. As a result, Nero banned Otho to Portugal and took Poppaea Sabina as his mistress. But in 65 AD he kicked her to death. During the revolt against Nero in 68 AD, Otho travelled back from Portugal and joined Galba. When Galba became emperor, his most logical successor was Otho.
_x000D_

The denarius was a Roman coin. It was one of the most regular used coins in the Roman Empire. It was introduced around 211 BC around the period of the Second Punic War. The silver that was used for minting the first coins was raided during the conquest of Syracuse. The word denarius comes from denarius nummus, which means 'monetary unit of ten'. The coin was worth 10 as, or 540 grams of bronze. The value of bronze compared to silver was 1:120. This is why a denarius weighed 4,5 grams.

Around 140 BC silver increased in value, as a result the denarius was devaluated to 16 as instead of 10. The new denarii carried the symbol X on their front as a monogram of XVI. During the next decennia, the denarius gradually lost weight because this was a way for emperors to reserve more silver for their treasury. An around the period of Commodus it weighs just around 3 to 3,2 grams, resulting in inflation again and again. Around the third century the Antoninianus was introduced (during the reign of Caracalla) and gradually the denarius was ousted by this new coin.

This denarius is made of silvered pewter. 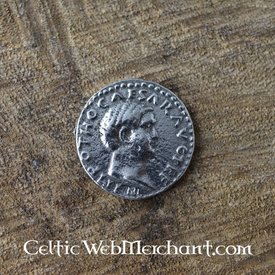