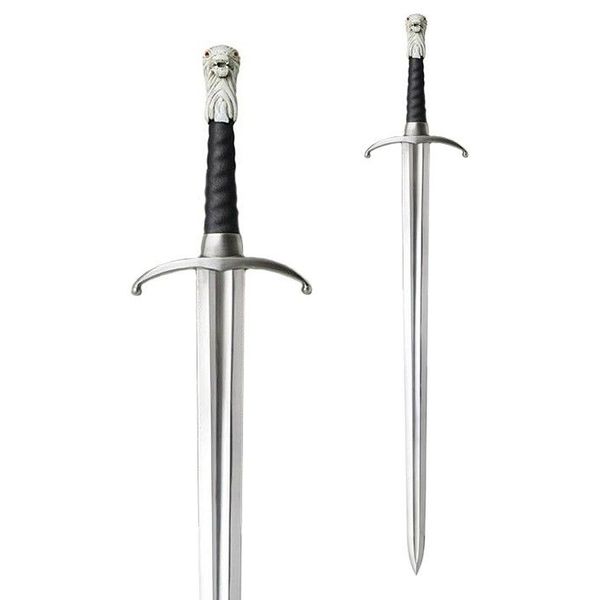 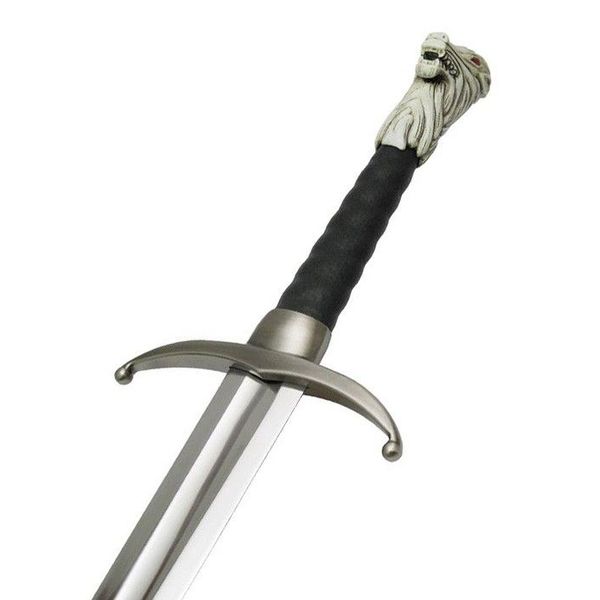 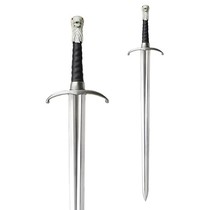 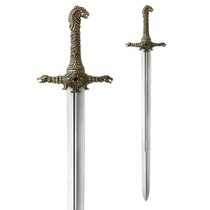 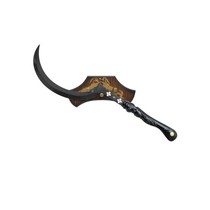 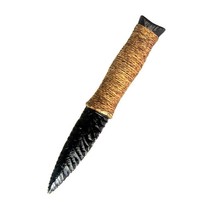 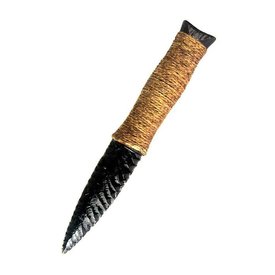 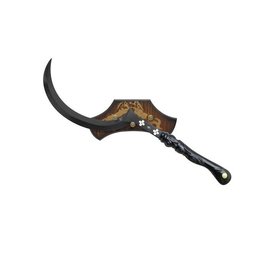 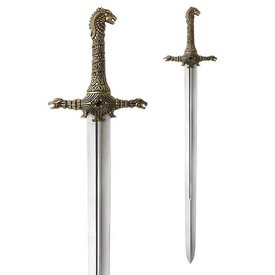 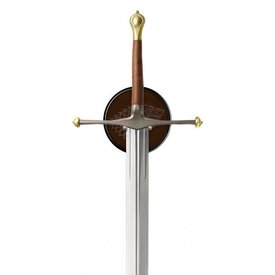 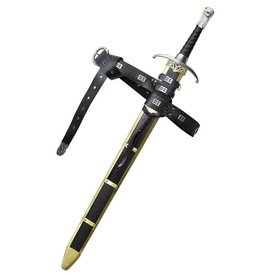 10(product tekst/content)
This sword is the official movie replica of the sword of Jon Snow. It is an accurate replica of the prop that was used in the HBO hit series Game of Thrones.

Longclaw is 114 cm long with an 89 cm blade and it weighs 1800 grams. The sword has a full tang. The blade is made of rustless steel and the grip is of authentic leather with an antiqued metal pommel in the shape of a direwolf, the sigil of the Starks. Longclaw is delivered including a wooden plaque for display, the plaque has the text of the Night's Watch Oath.

Ned Stark's bastard son Jon grew up with Ned's legitimate children in Winterfell. Jon joined the Night's Watch to defend the realm from the wildlings on the other wide of the Wall. He became steward of the Lord Commander Mormont. Despite his instincts to join his brother Robb's army after Ned Stark's death, he stayed loyal to the Night's Watch. While travelling beyond the Wall with Mormont's army he becomes separated from the group and has to survive on his own.

This item is not sold to customers under 18.
22a + 22(Extended reviews)
Add your review
0 stars based on 0 reviews 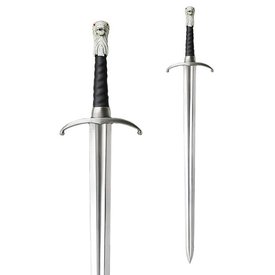